Shootout at Jeju and Udo island (a small juxtaposed island to Jeju), Korea.

As I am writing about it today and coming to think of it, we took this trip more than a year ago, but its memories are still as fresh as it gets and it will be forever!

Neither did we (my wife, my 2 year old daughter and I) have the liberty of time nor the amount of money required for an extended sabbatical. But those 4 days were well spent. We started off on 6 July’11. Took the Easterjet (Korean domestic career) from Gimpo airport at 8 in the morning and within an hour we’re at Jeju. Unluckily it was raining at Jeju when we arrived but then again it was us who chose the peak season of rains.

We took a cab and headed straight to hotel Grang Villa where we made prior reservations (btw, the hotels here are known as pension houses) and we immediately fell in love with the ambiance and as well as the interiors there. The hotel was so cozy and comfortable that we felt completely at home and honestly, we didn’t want to step out of our hotel room (photo reference: “#14. our hotel room furniture were ethnic yet fashionable”).

For our trip, we hired the same cab which brought us to the hotel from the airport and the friendly driver turned out to be our guide for the coming day at a reasonable price which we both agreed upon after a brief negotiation.

Day #1: It was already late in the afternoon when we finally managed to gather some exhilaration to move out and explore. We decided to walk that evening (photo reference: “evening stroll”) to a nearby sea beach, called the Seogwipo beach. It was a long and tiring walk for a mile or so (photo reference: “cake walk !”) but upon reaching everything seemed just right!. My 2 year old daughter enjoyed her first encounter with the sea to the core and it was all the stress worth. We had evening snacks & noodles at an affordable seaside diner. Let me emphasize that it was a cheap sea side open air restaurant and not the fancy one that existed which offered buffet meals for a whopping $80/person!! (photo reference: “some place else”). Anyway, the chilled beer with the sound and mist of the strong evening sea waves lashing onto the rocks at the shore was absolute bliss and I came more close to believing that sometimes cheap is indeed bliss (photo reference: “bloody ocean”). By the time we decided to walk back to the hotel, the same way we came, it was already quite late. The empty, rain wet roads at night in a solitary island could actually send chills down your spine. Now that one mile walk seemed to have doubled (photo reference: “creepy night & a lonely road”).

Day #2: Demanded a lot from us physically and so we stacked our bags with plenty of energy drinks and headed out of the beautiful Grang Villa forever. We covered almost all the renowned spots of the mainland Jeju, thanks to the cab driver who knew the island like the back of his hand and had already sorted out a tour map for us. Couple of notable places we visited were Sangumburi crater and the Cheonjiyeon falls (photo reference: “Cheonjiyeon Falls”). The location of the Cheonjiyeon falls is simply lovely with nature having its say all over the place with strongest of expressions (photo reference: “changing shades of nature”). I could not help but capture these hard-to-miss pieces of ancient artifacts called the Dol Hareubangs which the Jeju is so famous for. Jeju was once build around the intrigued history of these Dol Hareubangs and hence the island is filled with these wherever you go. In simple words the Dol Hareubangs are the symbol of Jeju-do (photo reference:”Dol Hareubangs”).

The time was short but we made the most out of it which included a (surprisingly expensive!) horse riding on our way back from Hallasan mountain base. While returning we also visited the Seongeup Folk Village. For lunch we tried some local delicacies such as the grilled seasoned black pork.

Same day late afternoon we were off to another nearby island called ‘Udo’ or ‘cow’ island. As the name suggests an aerial or satellitic view of the island resembles that of a cow. It is the largest of the islands in the vicinity after Jeju itself considering there are plenty of smaller islands surrounding Jeju and most of these are uninhabited. Jeju is like the mother of all islands. We took the ferry ride from Seongsan Port to Udo Island. While on-board we encountered some beautiful sceneries which I have captured as evidence through my lens forever. It was an overcast afternoon and dark clouds embellished the beauty of the sea even more (photo reference: “lighthouse that runs on solar power”).  As soon as there was a hint of a storm approaching, we could see several fishing boats retreating for the shore (photo reference: “storm warning!”). It was an awesome moment.

We arrived at Udo after a fun-filled half hour boat ride. The inn at Udo was only half a mile from the port where we got off but due to severe lack of public transportation we already made arrangements beforehand for a pick up to the hotel. The hotel owner was kind enough to come in person to take us to the hotel. The island was peaceful and spacious to the extent of being barren and the only noise that could be audible was those from wandering tourists like us. The hotel was situated adjacent to the main road (which runs a full circle around the island) right at the edge of the sea. The vast sea beach called the Sinhosa beach was the main attraction of this island and the view from right in front of our hotel was outstanding (photo reference: “orange delight !”. But the rooms were a disaster nothing like the one we’re in at Jeju. It was a disappointment coz we’re to spend major portion of our vacation here (2 nights!!) and missed Grang Villa even more. This was a mistake on our part of the tour planning. It is advisable to spend more amount of time at Jeju mainland and less on surrounding places and we also learned it through personal experience. It was a ‘Much ‘Udo’ About Nothing”.

By the time we could settle in it was already 4 in the afternoon and were pretty exhausted by the tedious morning session at Jeju. So, we decided to lay low and keep all the major excitements for the next day. That evening we strolled parts of that island on foot and I took a few pictures along the coast. It was a beautiful evening and watching the sunset at sea was amazing (photo reference: "liquid gold”).

Day #3: The hotel owner who was in his late 50’s was extremely generous and so was his wife. Early in the morning he volunteered us a ride up to the bus stop where we already booked for an ‘around-the-island’ kind of tour. As we board the bus we were greeted by rain, again! (photo reference: “rain drain thru window pane”). The major attraction of the bus tour before the rain could spoil all the fun was this very unique sea beach here. It is called the ‘Geom-eun molae’ or black sands beach and as the name suggests the beach is filled with pebbles and black sands. But due to lack of tourists frequenting the place it was not well maintained and was quite dirty in terms of the standards here. Meanwhile, close to the shore there were huge chunks of rocks (which were extensions of the adjacent overhead mountain range) cut out naturally to form giant coves on the sea through which boats could pass easily. The location was mesmerizing, totally cut off from the entire world and the dampness of the ambiance coupled with patches of rain set up a great mood (photo reference: “the swamp”. So, we decided to spend a little more time there as the bus moved on leaving us behind. It was hard to get lost in a small island such as Udo, so we decided to find our own way from thereon.

I rented myself a scooter for 20 bucks or so an hour, like most of the tourist did and drove around the surround places. While my wife pilled on, my daughter loved the ride while she stood in front. For a brisk brunch we stopped at nearby café by the sea which had it playing Bob Dylan, quite understandably so, to attract foreigners.

Next, got us rejuvenated and as per plan, packed our stuff and headed straight out to the sea. We decided to spend the rest of the day at the Sinhosa beach. I made sure to carry the tripod along. It was good fun seeing my daughter having a gala of a time at the sea and as she grew up she will cherish these fun filled moments forever through pictures. We left all our stress behind and indulged ourselves into full fledged sea bathing the entire afternoon. We devoted the time totally to ourselves (photo reference: “lost”). It was Refreshing!.

The Sinhosa beach was unique in its own way for possessing only corals and algae throughout the entire stretch instead of any sand which was very contrary to the popular belief (photo reference: “corals of Sinhosa beach”). After a while, our hotel owner came to the beach to walk his dog (8 year old Cocker Spaniel) that triggered more playful moments for my daughter (photo reference: “will fetch u anything !”). The day seemed to never end and the sea grew even more beautiful as the dusk approached (photo reference: “Peace !”).

That night for dinner we had barbeque arranged by our hotel owner in the hotel courtyard. A barbeque by the sea is something which you don’t do everyday and no words can express the feeling.

Day #4: The final day. We bid adieu to the hotel owner and his lady. He came to see us off at the exchange terminal from where we took a ferry back to Jeju like before. Our departure for Seoul Gimpo was in the afternoon so we had a couple of hours in hand before going to the airport and say final goodbye to Jeju. We wanted to take our expedition a notch higher. So, decided to go for hiking at the Seongsan Ilchulbong peak. It was probably not a great idea for us to scale all the way up to 600 feet above sea level with my daughter, carrying her in the arm for most of the way up. But nonetheless, it was once in lifetime chance that we had and decided to go for it. We did achieve the mission of climbing all the way up to the highest peak but mother nature had different plans set for us. Dense fog completely covered the entire view from the top and even the crater. We could only blame ourselves for not choosing a better time of the year for our trip. But on a second thought, despite all these unfavorable weather conditions we were able to witness quite a few ‘must-see & go’ places and had loads of fun which was all the more important.

Overall, it was highly fulfilling trip, with plenty of ‘once in a life’ experiences. An awesome place to visit and a highly recommended one. 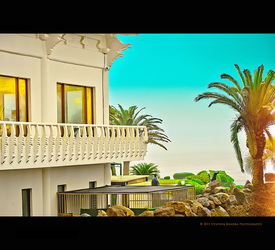 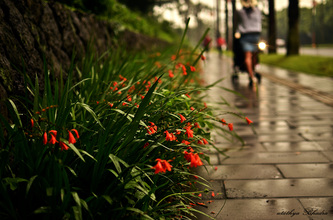 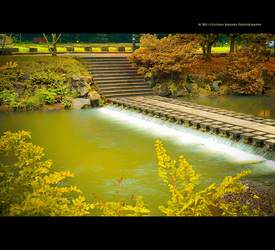 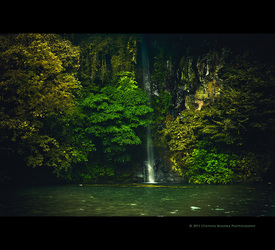 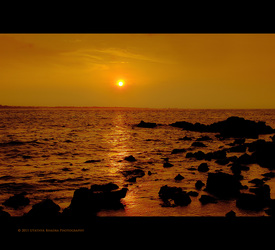 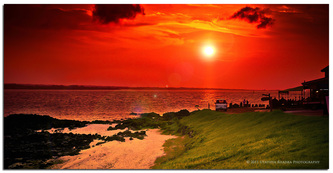 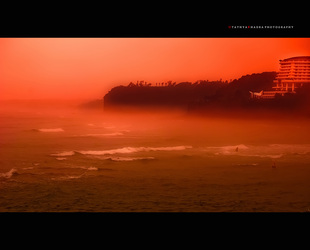 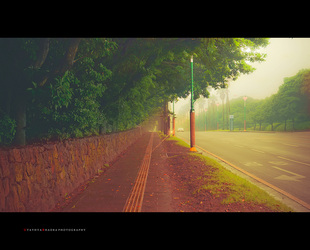 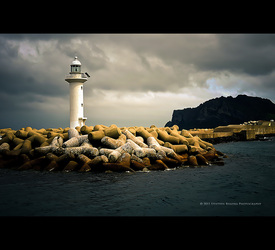 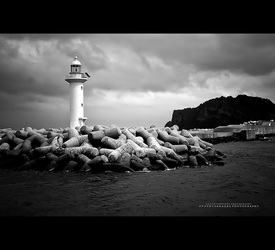 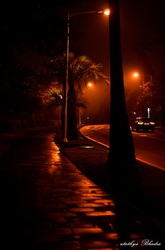 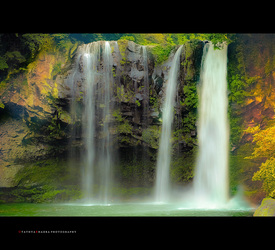 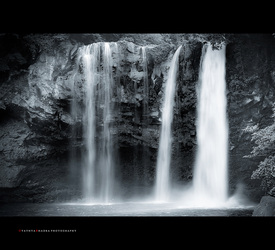 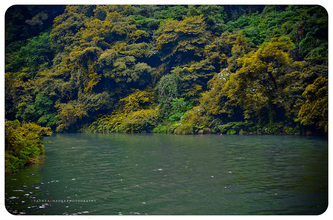 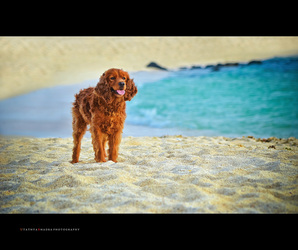 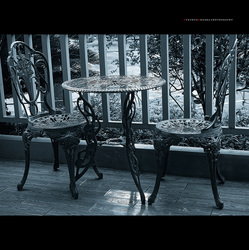 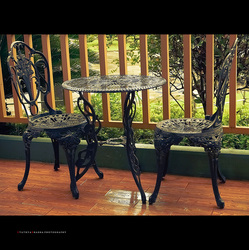 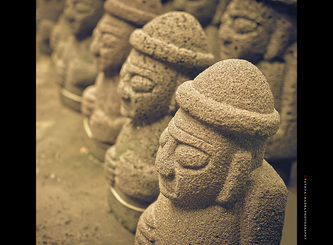 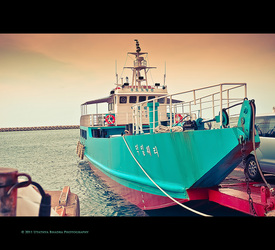 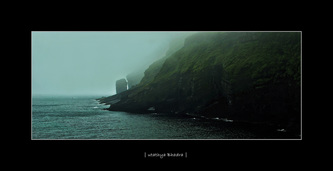 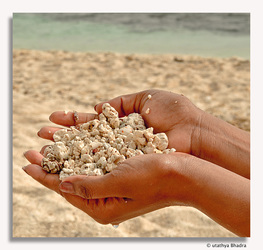 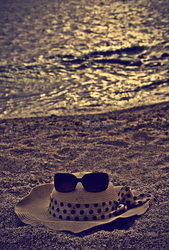 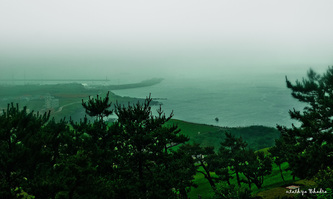 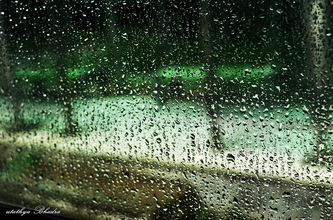